Part long-distance audax, part multi-day stage race, the Pennine Rally is a challenging self-supported gravel ride along some of Britain’s most beautiful landscapes. In the early spring, Susie from our London Store decided she was up for the challenge, and has since sat down to pen her experience. 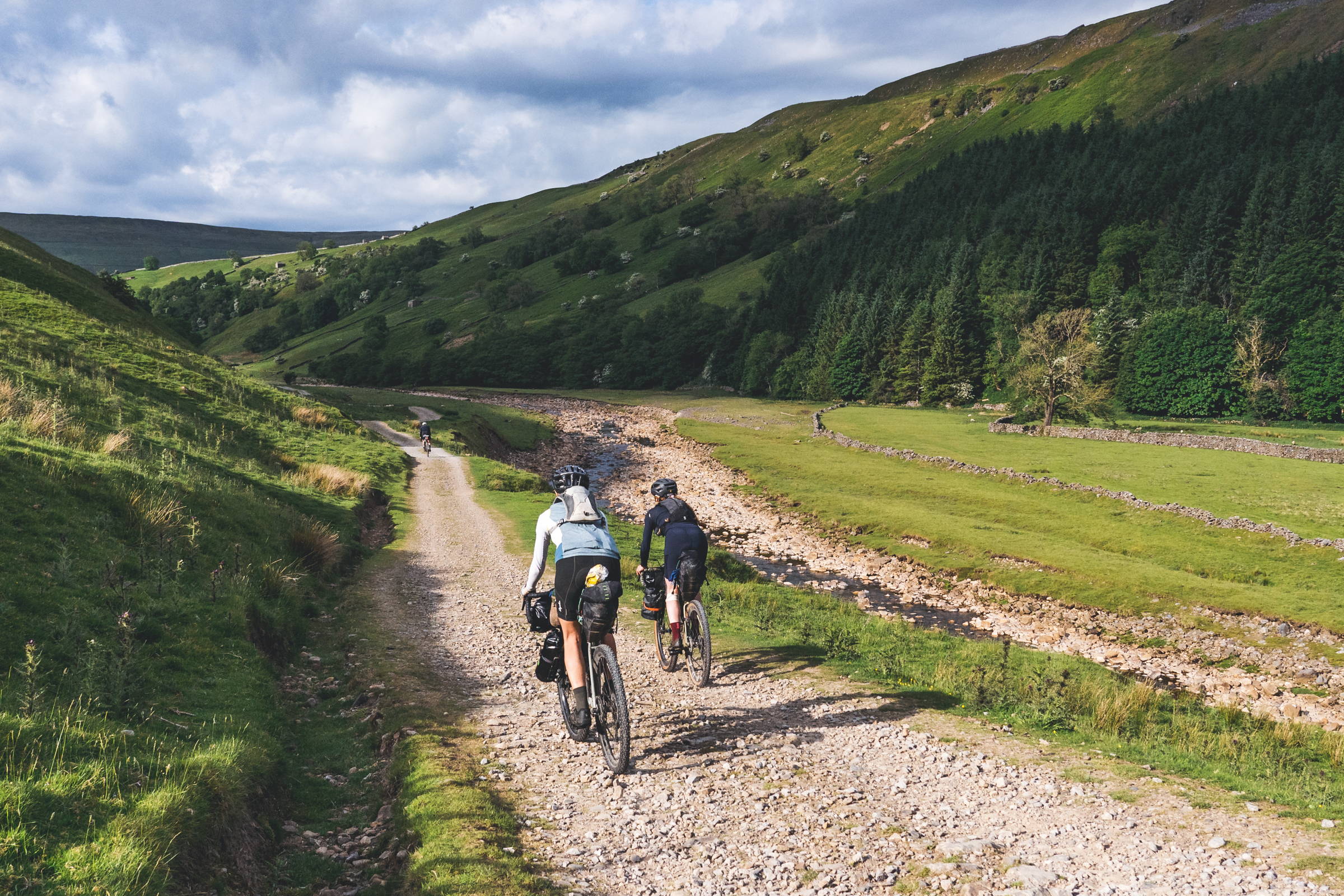 My cycling pal Holly and I signed up for the Pennine Rally back in February of this year. We had never done any form of bikepacking before and were thrilled at the chance of an adventure, after a measly start to the new year with a cancelled Christmas and a three month lockdown. In a nutshell, the route was 500km from Edinburgh to Manchester, mostly off-road with around 8000 metres of elevation and spanning a five day period. It was also great to see that the event would have a 50:50 men/women split and Rapha was keen to highlight that the ride was a rally and not a race to encourage people to take in the scenery and just have a good time! We decided we would camp for all 4 nights and treat ourselves to a Premier Inn once we got to Manchester. 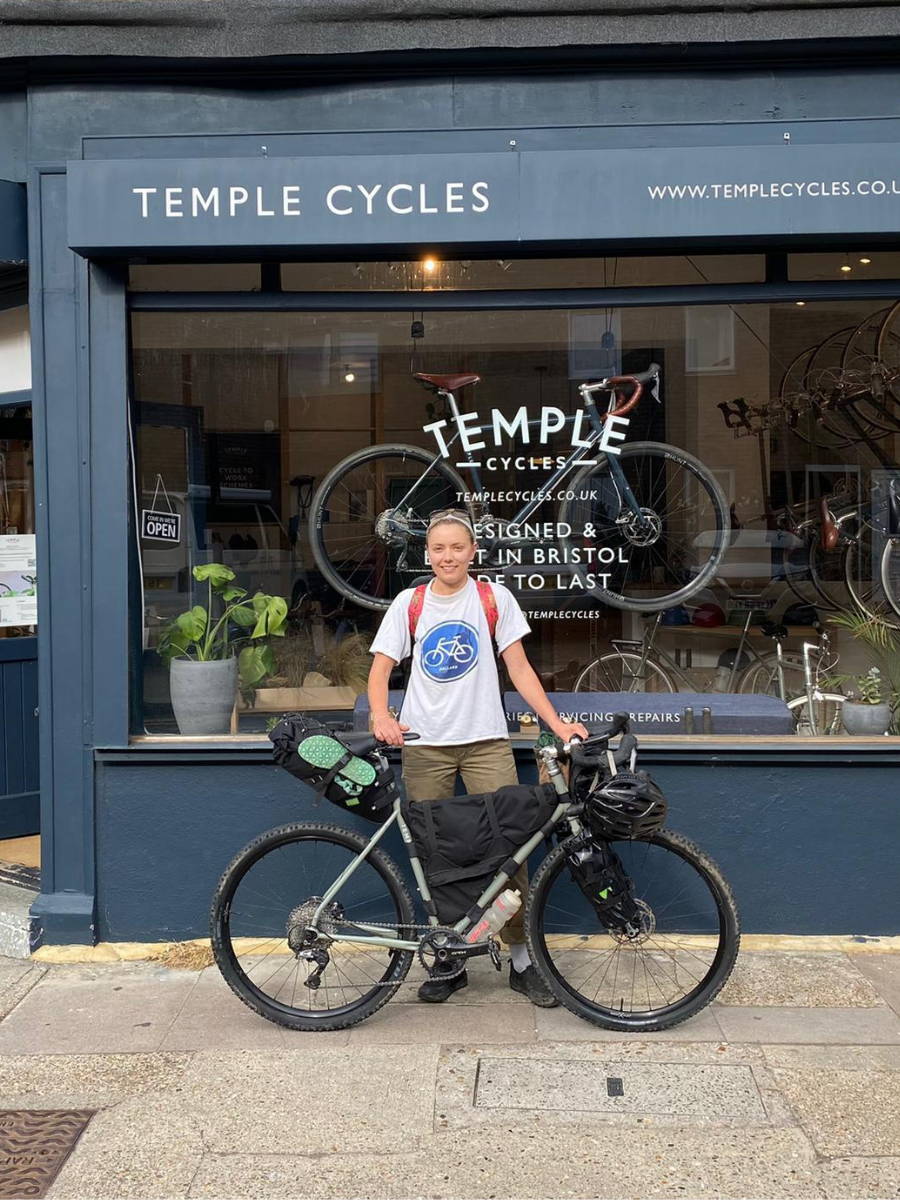 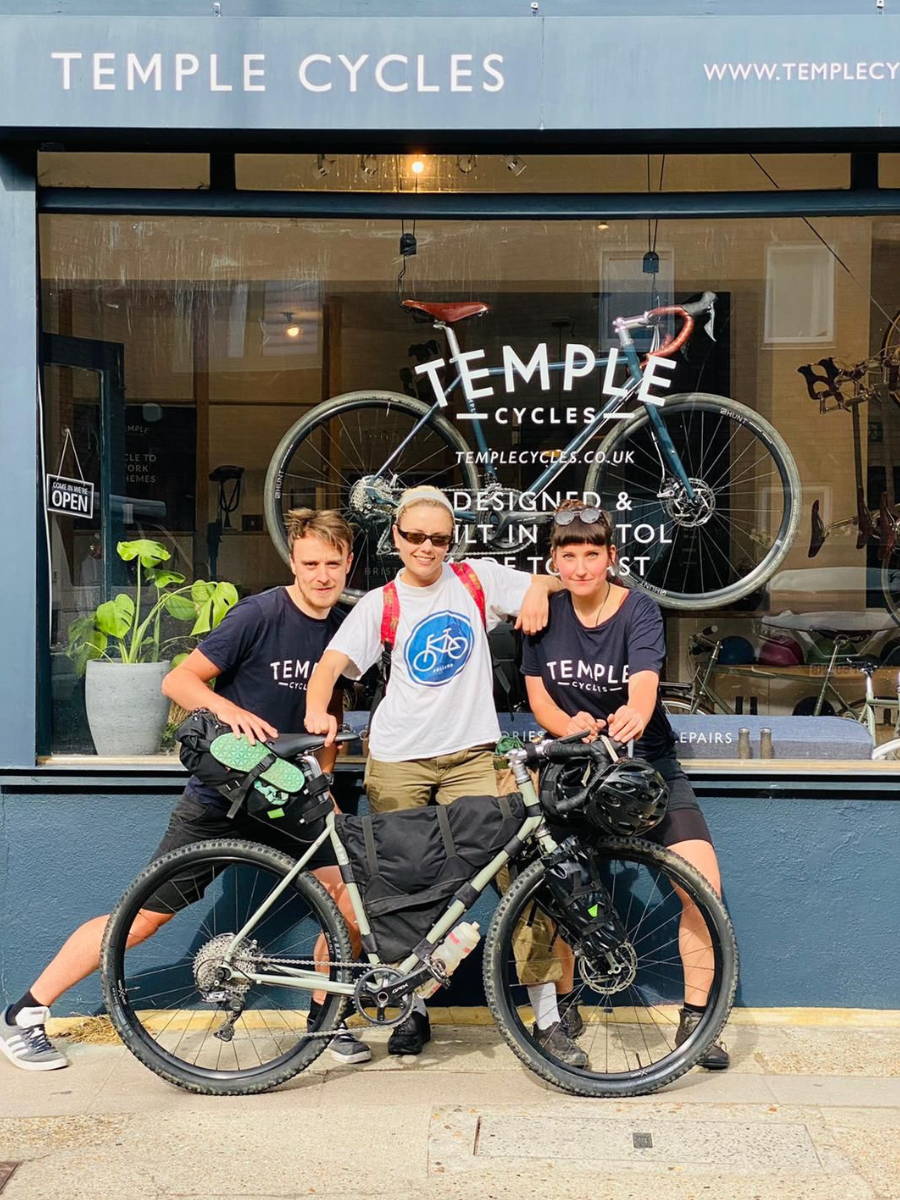 Our London Shop Manager Steve and Bike Mechanic Laila were there to cheer Susie on before Susie set off.

We were very lucky to be leant most of our kit by adventurous friends and work colleagues. I also managed to do some sneaky eBay hunting and bagged myself an inflatable sleeping mat which I cannot recommend highly enough! I rode my Adventure Disc 1, with 650b wheels and 47 Teravail tyres and I was so grateful for the extra cushioning on some very technical sections of the route.

I also borrowed an ‘A’ frame bag, a saddlebag, and ended up purchasing some fork cage bags and a handlebar bag to boot (on reflection, I could have packed less, but this was all part of the learning experience). The bike itself was an absolute dream to ride; we didn’t have a single mechanical failure and even with all the added kit, I felt like my bike had my back, and that was a very reassuring feeling on such a challenging ride like this. 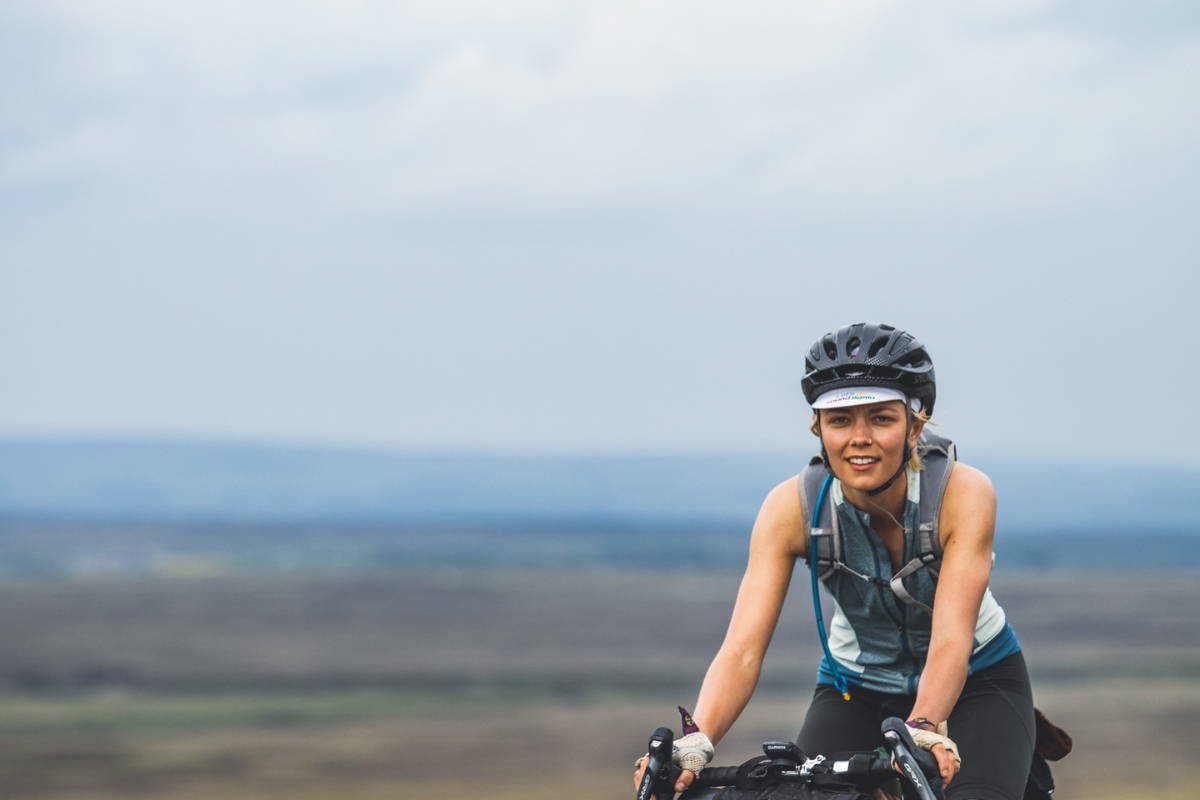 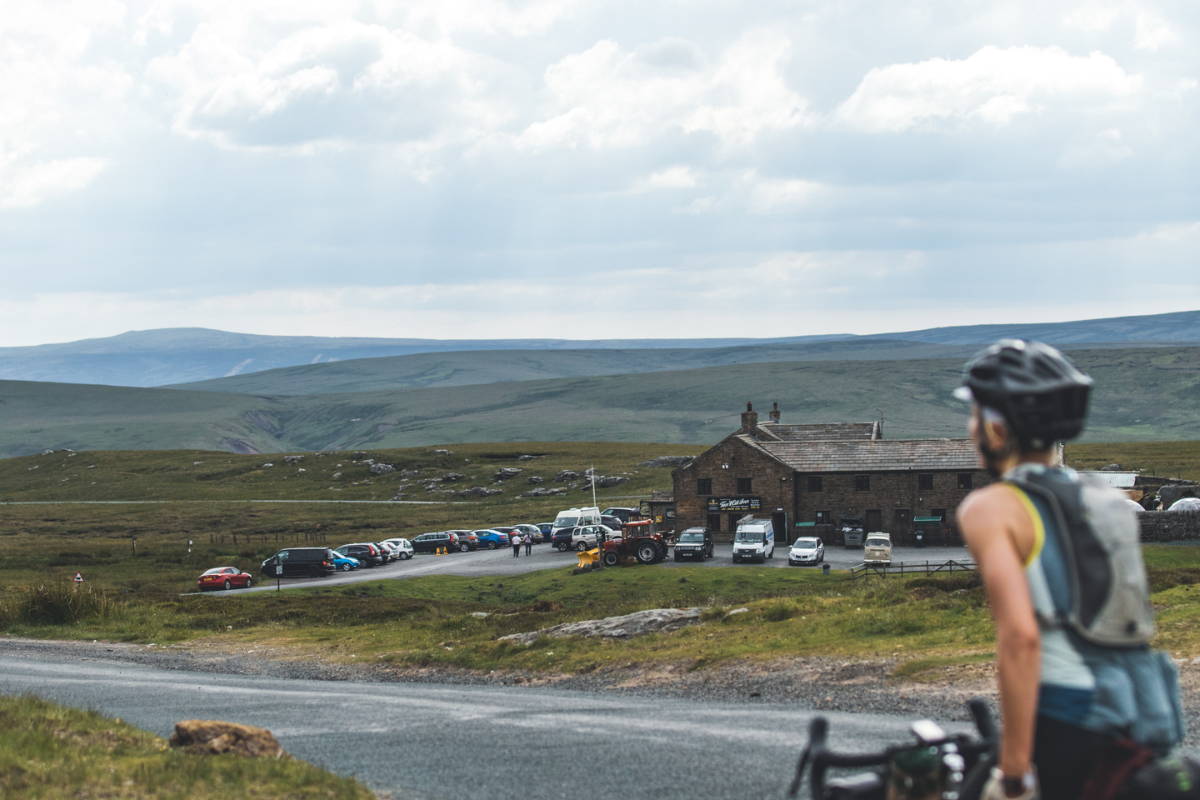 The route itself was brilliantly planned. Dipping into the Scottish valleys, North Pennines, Yorkshire Dales and even the Forest of Bowland, the sights were spectacular. It was hard to believe that you were in the UK at times.

As our only form of training had been commuting to work and back, the first day was certainly a wake up call, and it definitely crossed my mind that we may have bitten off more than we could chew. There were certainly more hike-a-bike moments than we had anticipated, and having never ridden with a fully packed bike before, the arms and abs certainly got involved!

Overall we were so lucky with the weather, which was mostly sunny with one day of typical, Scottish, dreich drizzle, and that really kept spirits high at certain points. Louis, the organiser from Rapha, was fantastic in keeping morale up at the Rapha coffee van stops, which was a wonderful sight to see on day two and four. Having never bikepacked before, it was great to feel supported as part of an event, and to cross paths with lovely people en route, even in the middle of nowhere! 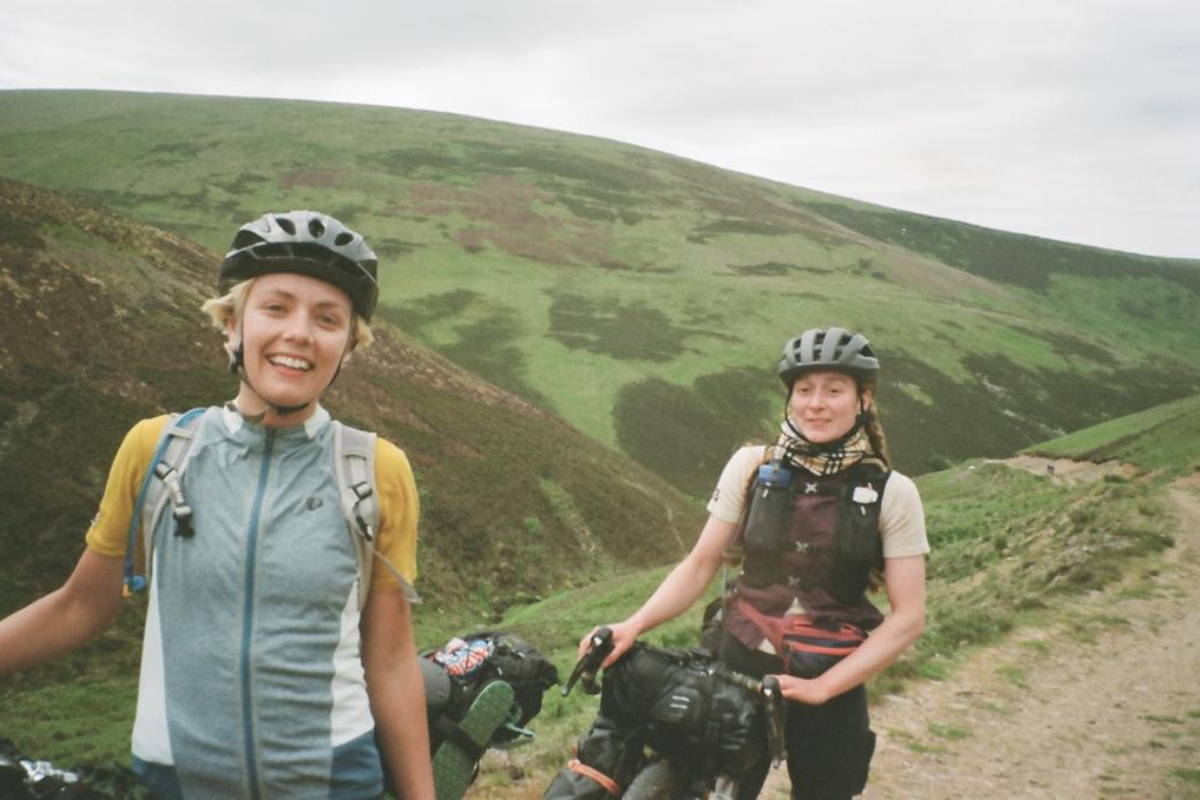 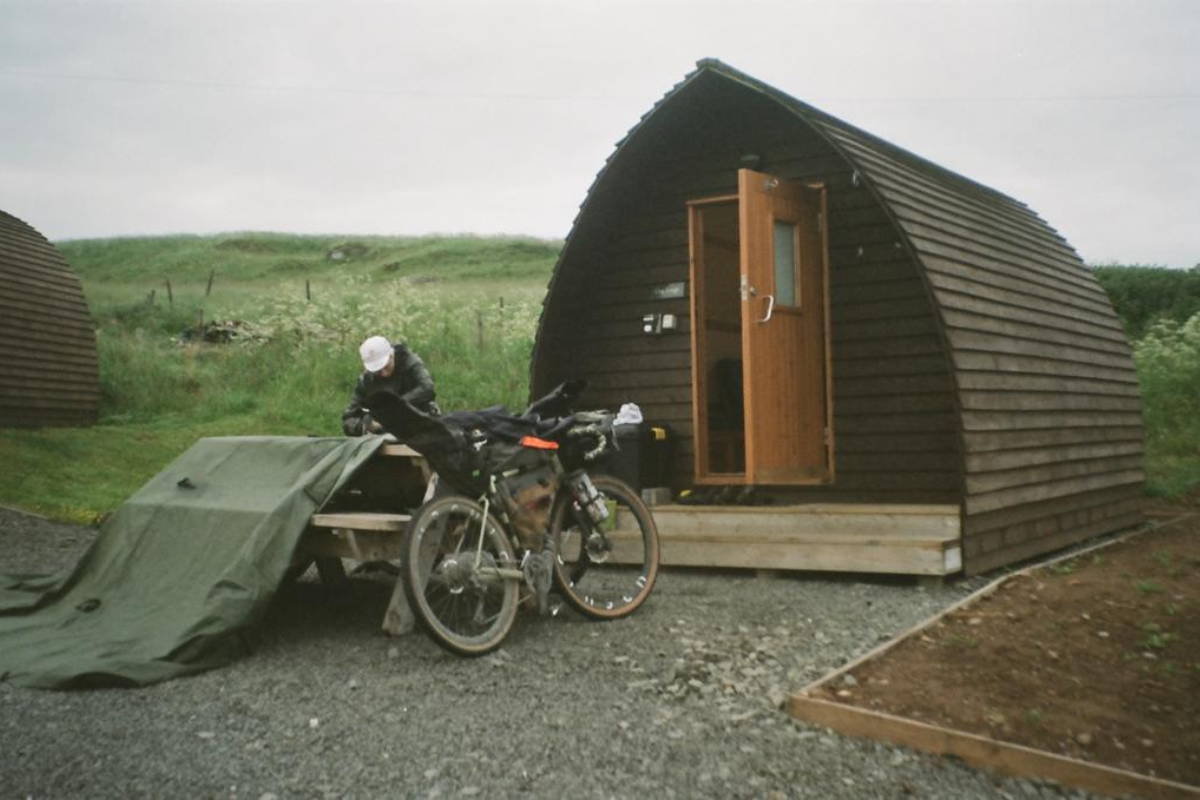 "Overall we were so lucky with the weather, which was mostly sunny with one day of typical, Scottish, dreich drizzle, and that really kept spirits high at certain points."

WILD CAMPING (AND A BIT OF GLAMPING)

We ended up having varied sleeping spots at night; from wild camping by a refreshing river with a piece of tarpaulin we improvised into a tent (with the bikes upside down in the middle) to a wooden shed with a very welcomed electric heater. We had no concrete plans for most of the nights, but the beauty of riding with other people was that you had a selection of options to play with and that made it all the more exciting. That being said, we certainly could have planned a bit better and sometimes not knowing where you would stop could seem unnerving. 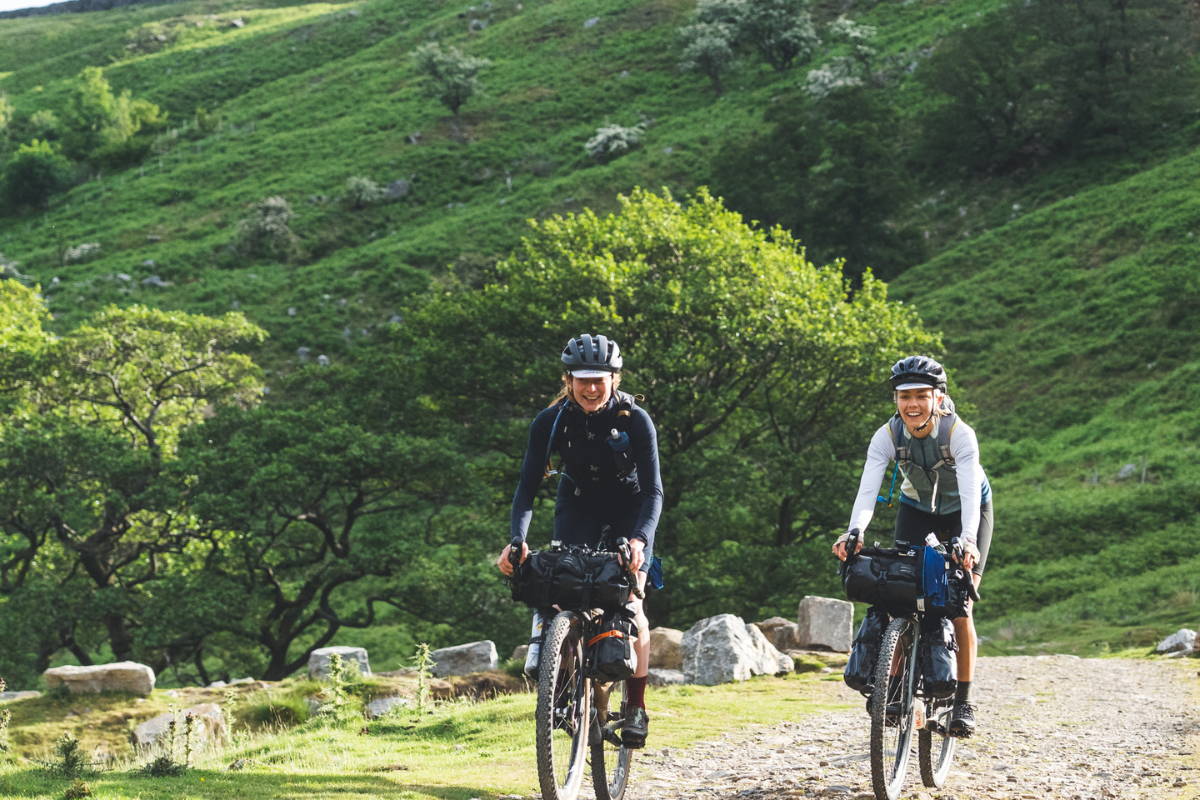 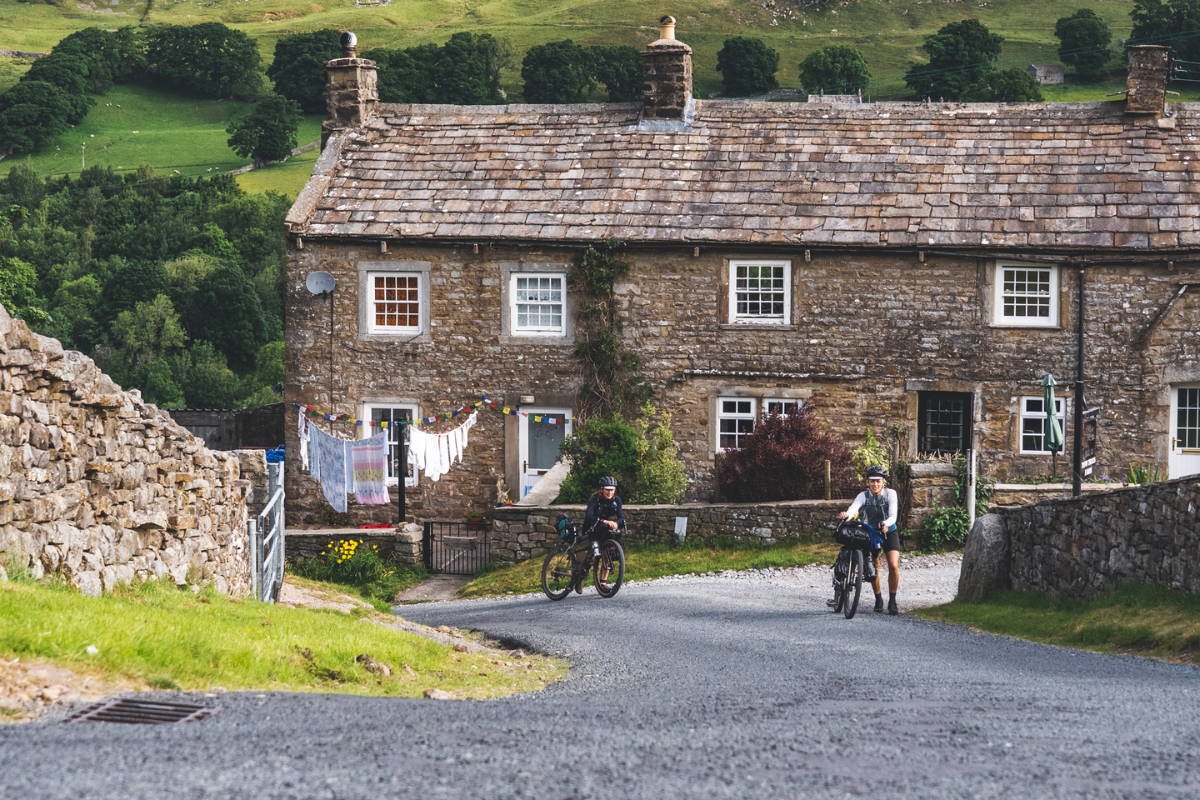 "For anyone who’s looking to jump head first into the world of bikepacking, I couldn’t recommend joining an event like the Pennine Rally enough." - Image credit: Dan Monaghan, Rapha

I guess the question you’re asking is, would I do it again? And I would in a heartbeat. Despite the lack of planning and training, it was an opportunity to realise one’s unlocked potential. For anyone who’s looking to jump head first into the world of bikepacking, I couldn’t recommend joining an event like the Pennine Rally enough. It gives you a real sense of security and comradery to let you enjoy the thing that you initially signed up for - which is riding your bike!

We not only met lots of wonderful people but also got to see some amazing scenery, and doing it with a good cycling companion certainly elevated the whole trip. Don’t get me wrong; there were tired legs, achy knees, puffy eyes, a moment of “shall we scratch?,” energy-gel hysterics and crazy climbs, but it was certainly a trip to remember and left us quietly, excitedly murmuring “so, what’s next?”

Want to find out more about next year's event? Follow the link below. 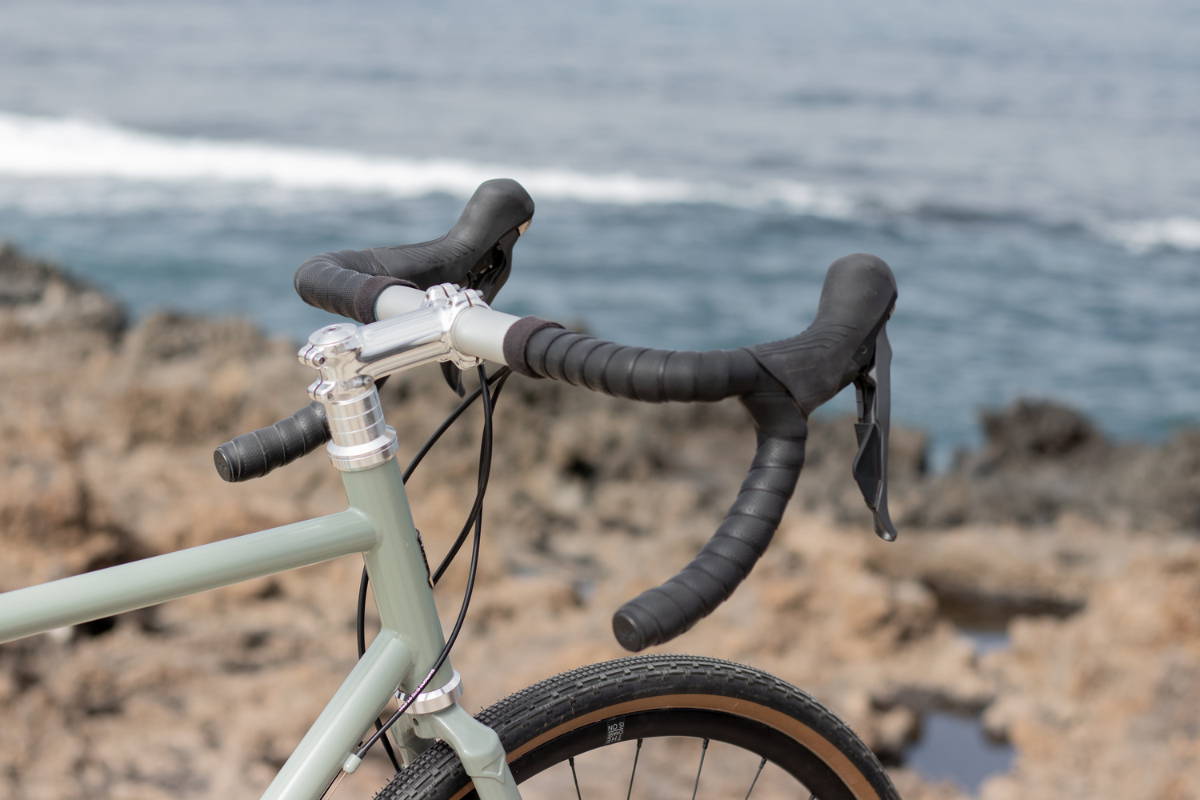 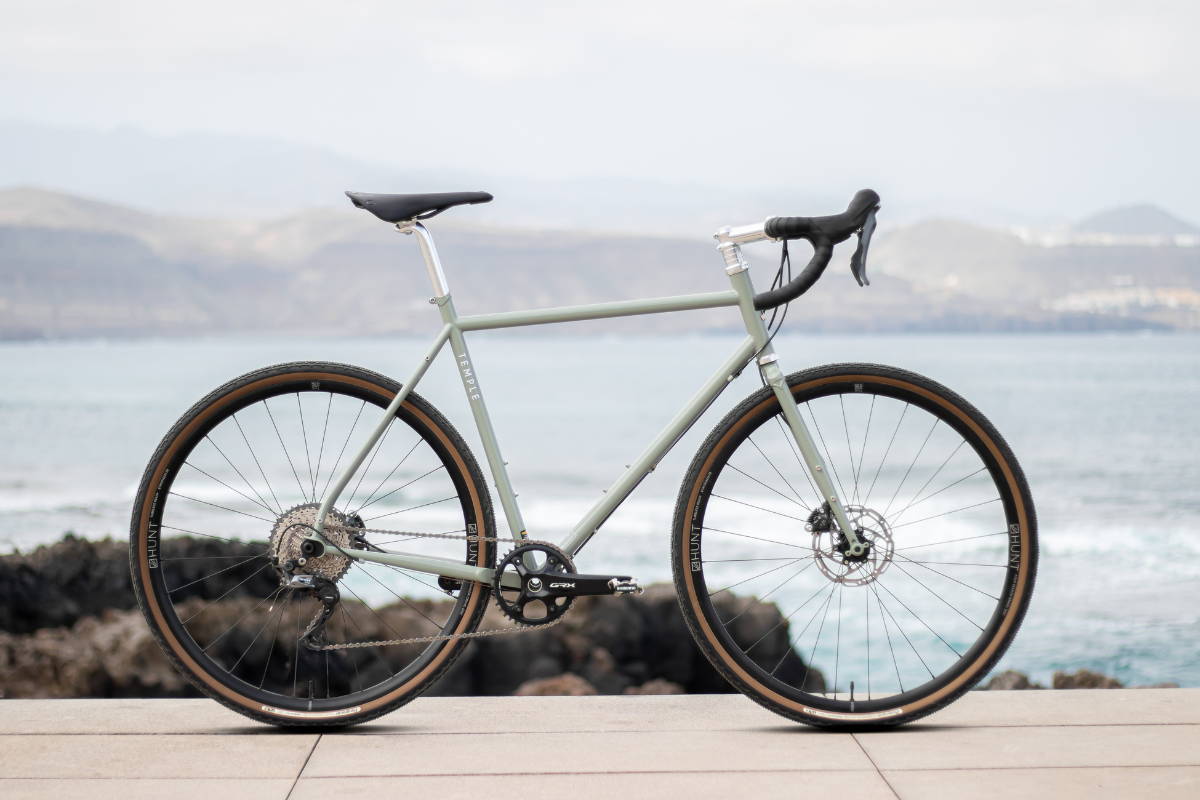 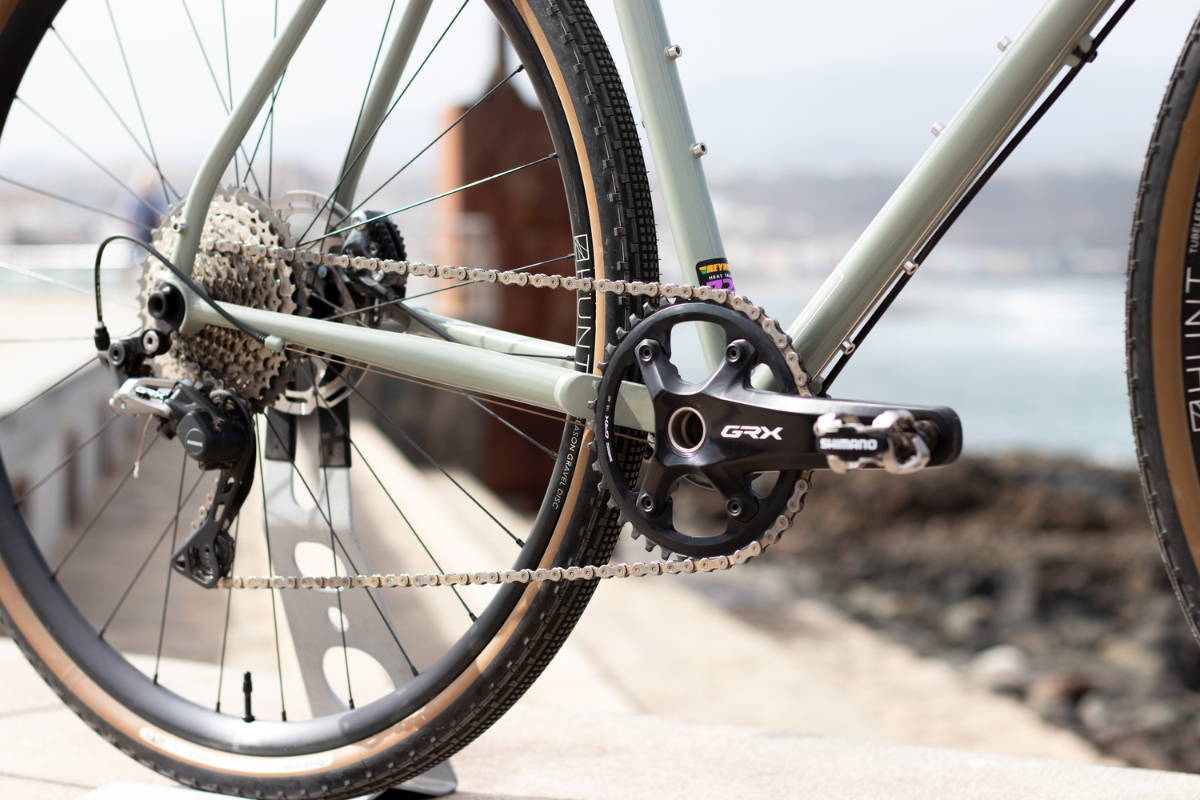 This is our Flagship Adventure Bike. We’ve equipped it with Shimano’s top tier gravel groupset, GRX 800, which delivers crispy and precise shifting all day long. Thru-axles add stability and security when heading off road and a host of other premium components from Brooks, Hunt and Panaracer complete the package.